With Father’s Day coming up on 21st June, we thought we would let you get to know Kieran, the father of Blockbusters in Brighton. Blockbusters is still going strong after over 25 years so we wanted to give some recognition to the man who started it all, helping keep the drains of Brighton unblocked. When I met with Kieran to ask him some questions he was busy but as always he is very much a people person, who is consistently willing to share his time and knowledge with those who need it.  This is the man behind Blockbusters……. 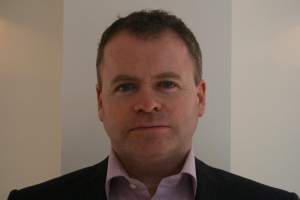 Did you have any previous jobs before you started plumbing?  My first job was putting milk crates into the back of lorries at Hill Farm Dairies in Southwick so that the milk could be transported to all the various depots for the milkmen to then deliver to people’s houses. As a young lad I enjoyed the job but knew it wasn’t what I wanted to do forever.

What made you want to get into plumbing in the first place?  I was born on the South West Coast of Ireland and was definitely destined to be a farmer and I really enjoyed getting stuck in on physically demanding tasks. Due to a change in family circumstances I came to live with my aunt in Brighton which changed my path for the future. I finished my schooling in Brighton and was given the opportunity to complete a plumbing apprenticeship.

Did you make any mistakes in the beginning of running your business and if so, what did you learn from them?  Mistakes are great because they are ‘character building’ as I tell everybody who makes them, and in reality they really are. As long as you accept the mistakes as you make them, you can learn from them and move on. Next time you may avoid that trip wire although sometimes it has taken me two or three attempts before I have managed to get it right but that is where the perseverance comes into play.

How has the company grown over the last twenty five years?  When we first started in 1989 there was only two of us and then gradually over the years these numbers have increased. The office flooded in the Lewes floods of October 2000 and we got the chance to move and buy new offices in Glynde. I would always be cautious about any company moving premises as I have seen it go wrong a lot of times just after they move but for us it really allowed us to expand and grow. We now have over fifty permanent staff.

Why do you think Blockbusters is still here twenty five years later?  A number of reasons really I think.  Through sheer perseverance, especially in the early days when it went from a two man company down to a one man company and then eventually we grew and developed.  By always going the extra mile and resolving any issues if at all possible rather than leaving unhappy customers as this can wreck a reputation.  By surrounding yourself with good people who know what they are doing.  Being willing to adapt- at Blockbusters we are constantly adapting and changing what we do to suit the clients. We are not set in our ways and we do what we have to do to look after our clients.  Also, by learning not to get too stressed with it all – sometimes it can get very difficult but it is simply not worth it so learn to chill out on the way. Lastly and most importantly, having an amazingly supportive wife, who has been there through it all, understood why all the late nights were (and still are) necessary and done a fantastic job bringing up the kids.

You are the daddy of Blockbusters but do you have kids, grandkids etc. yourself?  Yes I do have kids, two girls, one aged ten and one aged seven, who both keep me very busy with swimming gymnastics, school activities, horse riding etc. I don’t have any grandchildren yet as I am far too young!!!

What do you like to do in your spare time?  I have a wonderful wife and two young daughters, who I love spending as much time with as possible but I do find time to go to the gym two or three times a week and my wife Clare and I go out to nice restaurants when we can.

What do you think your greatest achievement in life is?  Without a doubt having two beautiful children has been my biggest achievement. But, turning around my life at an early age and achieving what I have achieved in business when really the odds were stacked against me, is also a massive achievement.

We hope this gives you more of an idea about where Blockbusters came from and the sheer drive and determination that has helped Kieran make Blockbusters in Brighton the success it is today. Don’t forget to like our Facebook page and follow us on twitter to be notified of all our blog posts in the future.