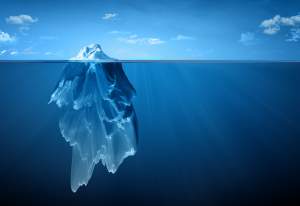 You may be surprised to hear that two major causes of blocked drains in Brighton are fat and baby wipes. Last month a 10-tonne lump of wet wipes and fat was removed from a sewer in Chelsea, West London.  The huge toxic lump of congealed fat and household waste, known as a fatberg, was 40 metres long and so heavy that it broke the 1940s-era sewer.  In 2013 a fatberg weighing 15 tonnes was found in Kingston, and last year workers spent four days clearing an 80 metre long fatberg from underneath Shepherds Bush Road.

What is a fatberg?

Fatbergs are formed when fat clumps together with other household waste, and they are becoming an increasing problem for sewers.  Brighton, as a popular tourist resort, has a high concentration of food businesses, producing masses of used cooking oil every year, much of which is poured down drains.  Combined with the increasing use of wet wipes as toilet paper, and sanitary items being flushed down the toilet, this is really exacerbating the situation.

You might wonder why what is going on in the deep dark sewers is of any concern to you. Well, the waste causing these fatbergs is the same waste that is blocking your drains and that should be a major concern to you.

How do drains get blocked?

Blocked drains can happen for a number of reasons, but are mainly down to people’s lifestyles and the way waste is disposed of. Choked or blocked drainage can occur when foreign objects or materials such as soaps, fats or food build up and become caught between the drainpipe and the pipes that flow underneath.

The material may not fully block the drain initially, but over time things will continue to collect, preventing water from flowing freely and eventually causing the drain to block. Toilets also regularly block up due to too much toilet paper, sanitary items and even nappies being flushed down them. Children are often the culprits for blocked toilets, being known to flush the odd full roll of toilet paper, a whole pack of wet wipes or a toy down the toilet!

What are the Most Common Causes of Blocked Drains?

These are the most common causes of drain blockages, so be vigilant and you will be able to spot the tell-tale signs before they have a chance to worsen.

Grease and fat – One of the most common causes of all, yet it is also one of the easiest to prevent. Any fatty substances which are washed down the sinks will stick to the inside of the pipes, eventually building up so much that no more liquid can pass through. This can be easily avoided by leaving your fat to solidify and then putting it into the bin instead of washing it away.

Hair – A build-up of hair can also pose a large problem for homeowners. Over time this can worsen if the blockage is not quickly cleared. However, this can be helped by using devices which catch the hair before it enters the pipes, you should still pay close attention to this simple, yet avoidable issue.

Trees and leaves – Keeping your garden free from stray leaves and debris can help to keep the issue of blocked drains at bay. Tree roots are another culprit as they are drawn to the nearest source of water and can crack into the pipes over time, causing a blockage.

Don’t forget that Blockbusters in Brighton are here to help 24hrs a day with any drainage problems. Please like our Facebook page and Twitter to ensure you are notified when the next post comes out.